How much has Tampa Bay’s defense improved over the last two weeks? 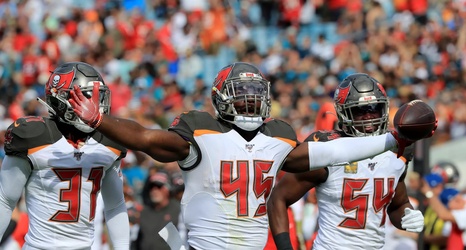 Tampa Bay won two games in a row after last week’s win over the Jaguars, which is something the team hasn’t been able to do all year.

A lot of the winning streak has been credited to the defense, and there’s plenty of reason why. The Bucs have looked much better on that side of the ball when it comes to multiple phases of the game. Communication, execution, and creating turnovers are just a few examples to name.

Bruce Arians even talked about it during Monday’s media availability. “After watching the film, I think defensively, we’re finally understanding situational football a lot better,” he told reporters.