How Giovani Bernard can help the Bucs 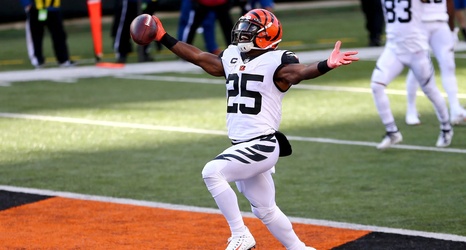 Earlier this week, former Bengals running-back Giovani Bernard decided to sign with the Tampa Bay Buccaneers after being released by Cincinnati, the team that he’s been with since he was drafted in 2013.

The former second-round pick played admirably throughout his tenure in orange and black, however it’s clear that Joe Mixon is going to be leading that backfield in a bell-cow role for the foreseeable future.

After a promising start to his career with three-straight seasons of 1,000 yards from scrimmage, Bernard hasn’t been able to reach that pinnacle since, partially because he was never a consistent starter and has always been more of that third-down option.