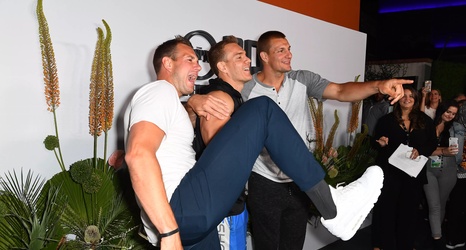 When the Buccaneers lured Rob Gronkowski out of retirement with a $10 million contract back in April in a trade with the Patriots, they didn’t know they were getting five Gronks for the price of one.

Who are we kidding? Of course, they did! The Gronk bros are a package deal. Even Bill Belichick was forced to drop his sour face and party with them at the Gronk Beach music festival ahead of Super Bowl LIV last February.

Now the future Hall of Fame tight end is out of retirement and firmly entrenched in Tampa Bay — back in his natural habitat catching passes from Tom Brady.