Gerald McCoy says he is a ‘lifelong Bucs fan’ 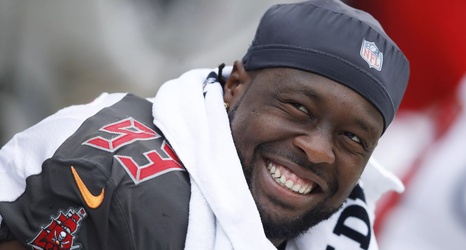 It’s been just over one year since the Buccaneers parted ways with longtime defensive leader Gerald McCoy, who this past March signed a three-year deal with the Dallas Cowboys.

And despite the way his exit from Tampa Bay played out, the 2010 No. 3 overall pick said Tuesday that he is a “lifelong Bucs fan” who will be rooting for his former teammates every time they take the field—unless it’s against himself and the Cowboys in the postseason.

Appearing on The Herd with Colin Cowherd, McCoy had this to say (transcription courtesy of Blogging the Boys’ RJ Ochoa):

Those are some nice wishes from McCoy to his former ‘mates, with a specific shoutout to close friend Lavonte David.