Fantasy fallout: How much concern for tight ends like Kittle, Howard? 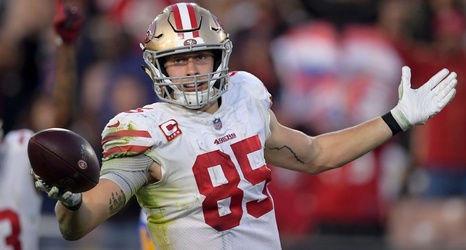 The tight end position is quickly threatening to become a fantasy black hole. Hunter Henry and David Njoku are injured. George Kittle and O.J. Howard are off to slow starts. And several other top-ranked guys have lost their quarterbacks.

So, we’re kicking off this week with a status check on several top tight ends, asking ESPN’s NFL Nation reporters to rate the level of concern for their fantasy value from 1 to 10.

George Kittle, San Francisco 49ers. Level of concern: 2. Understandably, those who have Kittle were disappointed he didn’t contribute more in a game in which his team racked up 572 yards and scored 41 points last week in Cincinnati.