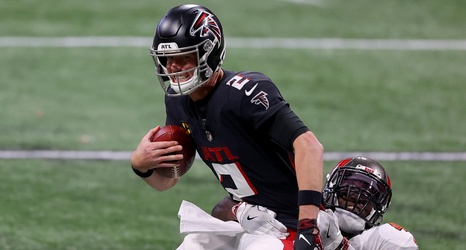 July is here and that means NFL training camps are drawing near. On this week’s edition of Downey and Martez, Trey Downey and Len Martez begin their previews of the Buccaneers divisional foes.

First on the docket is the Atlanta Falcons. Trey and Len discuss the Falcons decision to move on from Matt Ryan and Len explains why he thinks the situation in Atlanta is the worst quarterback situation in the NFL. Trey ponders if the Falcons might give rookie quarterback Desmond Ridder a shot at some-point during the season to see what he has, but Len thinks Ridder would be set up to fail.