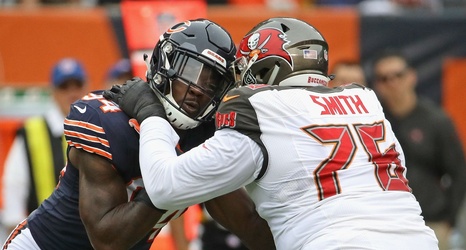 This past offseason, the Tampa Bay Buccaneers and left tackle Donovan Smith came to an agreement on a contract extension worth $41.25 million over the next three seasons. Bleacher Report’s Brad Gagnon thinks this deal has become the worst contract that the Buccaneers carry in 2019.

Gagnon took to the task of identifying each team’s worst contract, and he landed on Smith for the Buccaneers as he questions, “Should the consistently shaky 2015 second-round pick really be one of the five highest-paid left tackles in the league?” This is the way the market was trending this offseason, and Smith was able to capitalize on the set price that free agent left tackles are receiving on the open market.