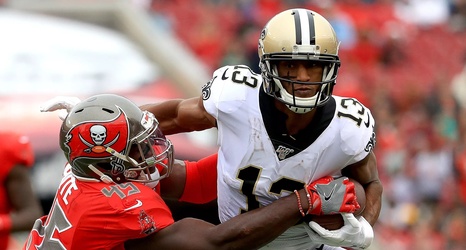 As the Tampa Bay Buccaneers failed to secure a win against the hated New Orleans Saints in Week 11, it’s no surprise many of the Bucs Nation Community chose not to cast their vote for the most recent Player of the Week.

Still, plenty weighed in on their choice, and for the second straight week a linebacker came away with the winning vote as Devin White became the most recent recipient of the honor.

This week’s vote was a bit more spread out than last, and the nominations were dominated by rookies.