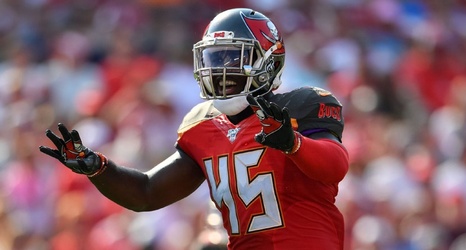 White had not practiced all week and was seen leaving the field Friday with a large metal brace on his knee. Arians initially thought he would miss some time but, held out hope that he might play, saying he was "day-to-day.