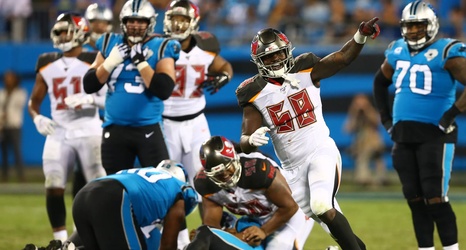 The National Football League today announced that Tampa Bay Buccaneers outside linebacker Shaquil Barrett was named NFC Defensive Player of the Week for Week 2. He is the first Buccaneers defensive player to win the award since Lavonte David earned it for his performance in Week 11 of the 2015 NFL season.

Against the Carolina Panthers, Barrett recorded a career-best three sacks and four quarterback hits in a 20-14 win for Tampa Bay. The Colorado State product became the first Buccaneers player to record three-or-more sacks in a game since Jacquies Smith at New Orleans on 9/20/15.