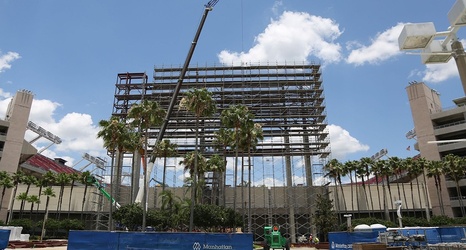 The Tampa Bay Buccaneers and Raymond James Financial today announced an extension to their current naming rights partnership that ensures Raymond James Stadium will remain the name of the team’s home field through the 2027 season. The arrangement marks the second such extension of the original naming rights agreement which began prior to the stadium’s debut in 1998 and extends the second-longest continuous active stadium naming rights partnership in the National Football League.

Buccaneers Co-Chairman Bryan Glazer stated: “It is rare in today’s business climate to form the type of long-lasting partnerships that can endure the test of time.

See full article at Official Site of the Bucs