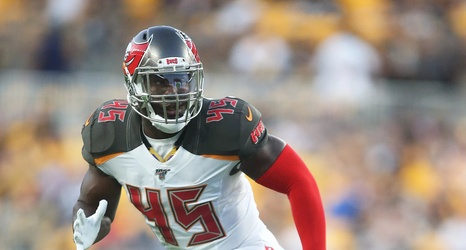 The Tampa Bay Buccaneers and New York Giants have released their initial injury reports ahead of this weekend’s game in Raymond James Stadium.

The big question is the one surrounding rookie linebacker Devin White, who left last week’s game with a knee injury. White was held out of practice Wednesday as he is still recovering with a grade one MCL sprain.

Other players who did not participate in practice were linebacker Devante Bond, cornerback Jamel Dean, and quarterback Blaine Gabbert.