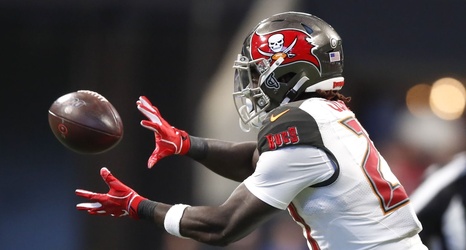 Once again we find ourselves scratching our heads when it comes to the Tampa Bay Buccaneers running back situation. It sure seemed like second year running back Ronald Jones was separating himself from Peyton Barber to cement himself as the RB1. Boy was that far from the truth after what we saw on Sunday against the Jacksonville Jaguars when Jones was benched for Barber.

News came out today via pro football focus that Ronald Jones was benched for a majority of the game due to pass blocking issues. Jones has been quiet through the first half of the game (six carries for eight yards) and it didn’t help that Barber had already scored a TD.