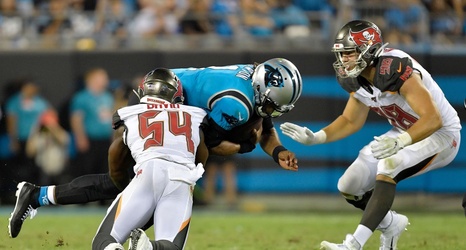 Do not look now, but the Tampa Bay Buccaneers sit atop the NFC South two weeks through the 2019 season, and after a string of misfortunes around the rest of the division, the banner is theirs to lose. With a record of 1-1, the Buccaneers have the same record as the New Orleans Saints and Atlanta Falcons, while Carolina Panthers sit at 0-2 on the year.

Fortunately for the Bucs as they sit in first place in the division, two of the other teams are battling major injuries at the quarterback position. Saints’ quarterback Drew Brees is slated to miss six weeks after hurting his thumb in a collision with Los Angeles Rams’ defensive tackle Aaron Donald, while the Panthers’ gunslinger Cam Newton is still recovering from the various injuries he has accumulated over the years; this time it is his foot.