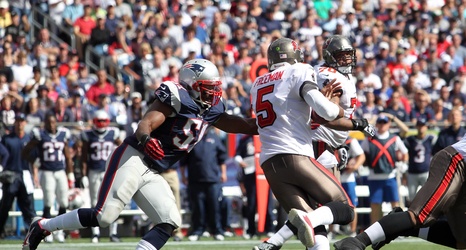 Reported by ESPN’s Jenna Laine, former second round pick of the Tampa Bay Buccaneers Noah Spence is in Washington D.C. with the intent to sign a contract. Spence, after another strong start to camp without pads on, did not perform up to par once the pads came on. As a result, Spence was waived by the Buccaneers as they cut their roster down to 53 at the end of the summer.

Spence went unclaimed on waivers after his release from the Buccaneers, and after some workouts, remained unsigned as the season began. Finally as the NFL season enters its third week, Spence has landed back on a 53 man roster and will take his talents to the NFC East.