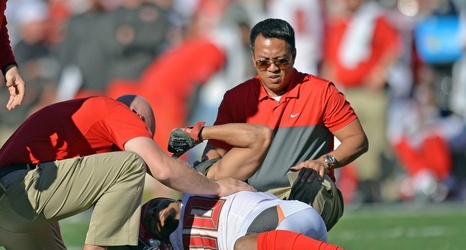 Cecil Shorts III was signed by the Buccaneers towards the beginning of the season back in September when he was cut by the Houston Texans. Although Shorts has seen a great amount of action since then, his production has only just recently begun. Unfortunately in Shorts’ attempt to turn his season around, he sustained one of the worst injuries so far this year in the NFL.

Not only did Shorts dislocate his knee, but he also tore his ACL, MCL, and PCL in the first quarter hit. Luckily, the next man up mentality worked out for the Bucs that afternoon and once again they were able to squeak out with a win.