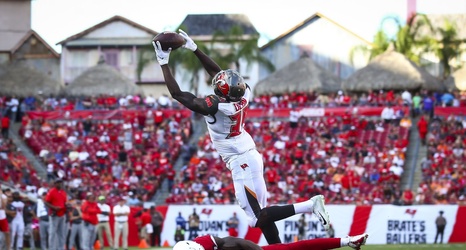 Something special is afoot in Tampa Bay even though this Buccaneer team has only been assembled for a year. Bringing in a defensive maestro like Todd Bowles and pairing him with a dynamic head coach like Bruce Arians comes out vicariously through the players. Call it a culture change, if you will.

After just one offseason and one draft working together to pick players that best fit their systems, the two distinct coaches are reaping the benefits of their standout rookies and an overall highly effective rookie class.

One can talk for days about the overall ceiling of Devin White and his bright future in Tampa Bay, but today’s highlight goes out to the third round pick who slipped in the draft due to injury concerns and became a draft gem for the Buccaneers; Jamel Dean.