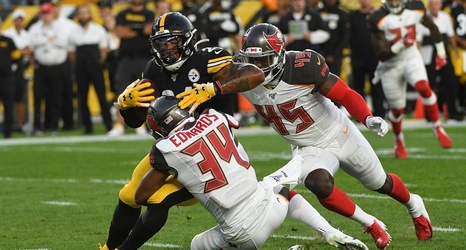 The Tampa Bay Buccaneers received some expected, but bad news nonetheless today that rookie linebacker Devin White has been ruled out against the New York Giants on Sunday. White hurt his knee in the opening quarter against the Carolina Panthers on Thursday night, and while it was ruled to be not as serious as it looked, he will still need longer than a long week to recover.

It has not been an ideal start for the fifth overall pick of the Buccaneers in the 2019 NFL Draft, as he has been listed on the injury report in all three weeks of his rookie season thus far.