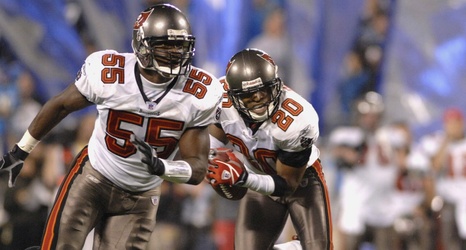 Every year the National Football League polls its current players and asks them who they think are the top 100 players. This year the NFL has introduced the NFL 100 greatest players list in honor of the 100 year anniversary of the league. So far we have seen some legendary players of our time get left off the list for legends of the old days of the league. Making this list is no easy feat to do, this is for the best of the best to ever lace em’ up.

One of two Tampa Bay Buccaneers and hopefully not the last to make the list is the Hall of Fame (class of 14’) linebacker out of Florida State, Derrick Brooks.