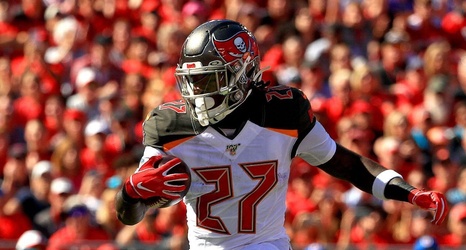 Tampa Bay Buccaneers coach Bruce Arians said Monday that running back Ronald Jones II was benched in the third quarter against the Jacksonville Jaguars for missing an assignment on a blitz pickup that resulted in a sack-forced fumble of quarterback Jameis Winston.

Coming out of the backfield with 9:28 to go in the third quarter, Jones moved to his left instead of protecting Winston's right side. The Jaguars rushed six defenders, including cornerback D.J. Hayden on a delayed blitz from the right side. While left tackle Demar Dotson blocked safety Andrew Wingard, Hayden was completely unaccounted for, spinning Winston before Wingard brought him down to the ground and knocked the ball loose.