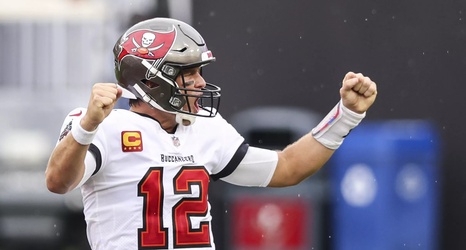 The National Football League today announced that Tampa Bay Buccaneers quarterback Tom Brady was named NFC Offensive Player of the Week for Week 4. He has now won 31 Player of the Week awards, extending his record for the most-such awards in NFL history.

Against the Los Angeles Chargers, Brady completed 30-of-46 passes for 369 yards and five touchdowns, earning a 117.0 passer rating in a 38-31 Buccaneers win. The win marked the 222nd of Brady’s NFL career, surpassing his former teammate Adam Vinatieri for the most wins by a player in NFL history.