Aaron Murray announced as quarterback of the Tampa Bay Vipers 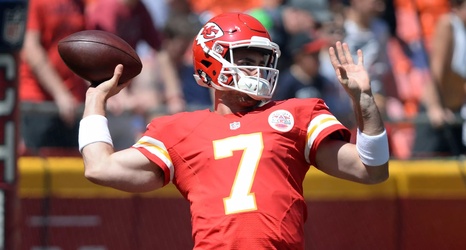 Growing up, Aaron Murray probably had a day dream or two of himself playing quarterback as the leader of Tampa Bay’s pro football franchise. I doubt the colors he was wearing in those day dreams had any green or yellow in it though.

But that’s exactly what will be happening during the XFL’s inaugural season when Murray leads the Tampa Bay Vipers onto the Raymond James Stadium field to introduce the city to it’s newest football franchise.

Welcome back to Tampa, @AaronMurray11!