4 key matchups to watch as Buccaneers take on Giants 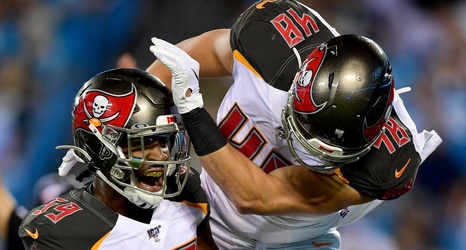 After two weeks the Tampa Bay Buccaneers are sitting at 1-1, and I think a lot of fans would be happy with that as the New York Giants come to town. Considering the health and status of the other three teams around the league, the Buccaneers could be in the driver’s seat to win the NFC South.

Through two games the Bucs’ defense looks like it has taken a 360-degree turn, while the offense is still adjusting to the new offensive system under Bruce Arians and Byron Leftwich. With the New York Giants up next for the pewter and red at home, sixth overall pick Daniel Jones could be in a world of trouble as he makes his NFL debut at quarterback as the Giants look to avoid going 0-3.