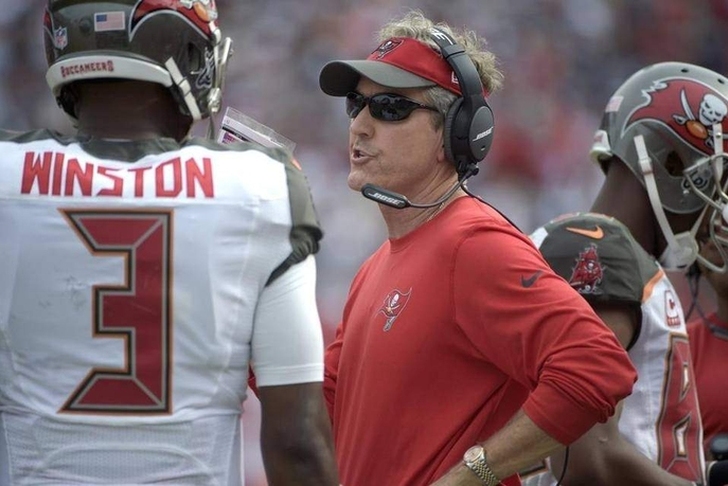 Yesterday, reports surfaced that Koetter was telling coaches on staff that he would be the team's next head coach. It was later revealed that negotiations hadn't officially started yet, but it appears that was just a formality.

Tampa's offense showed a measurable improvement under Koetter this year, as the 56-year-old OC pushed the unit to a 20th overall ranking in total offense -- nine spots better than 2014.

He's also built a mutually-trusting relationship with new franchise quarterback Jameis Winston, and that bond may have been the clincher for what looks to be a slam dunk in-house hire.

We'll have more info on this story as additional information is made available.