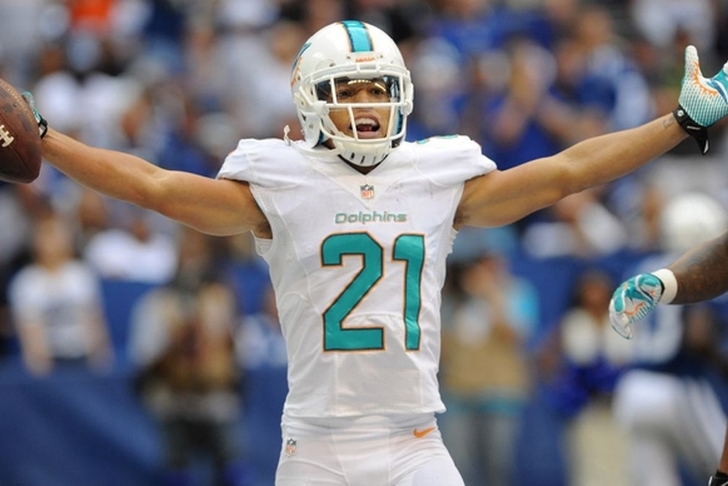 The Tampa Bay Buccaneers have added former Miami Dolphins CB Brent Grimes. The corner was cut by the Dolphins this week after they traded for Byron Maxwell.

It's reportedly a two-year, $16.5 million deal for Grimes, reports Rand Getlin. No word yet on the guaranteed money.

Grimes isn't the player he once was, but he can be an effective No. 2 corner. The former Pro Bowler is coming off a bad season, so Tampa Bay is hoping he'll find his previous form. The Bucs are also hoping for a bounce back season from Alterraun Verner, but are thin at the corner spot.

The Bucs used Sterling Moore heavily last season, but he's a free agent and wasn't that great. The same is true of Mike Jenkins. The signing of Grimes helps, but the Buccaneers likely aren't done addressing the CB position. They could spend an early draft pick on the spot.