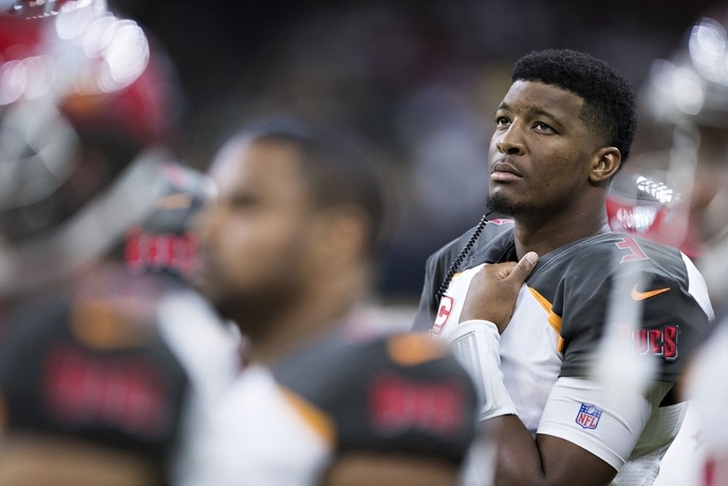 The Tampa Bay Buccaneers will likely be without starting QB Jameis Winston to open the season. The NFL is planning to suspend Winston for three games, reports Adam Schefter.

However, Schefter does report the NFL could still decide to increase or decrease the length of the suspension. But for now, the plan is a 3-game suspension. Winston has not yet been informed of the NFL's decision, which could come as soon as Friday. However, it's more likely to come down next week, per Schefter.

The suspension stems from an incident with an Uber driver that was initially reported by Buzzfeed. According to the accusation, Winston reached over and grabbed the female Uber driver's crotch. Winston denied those accusations and was backed up by Eagles CB Ronald Darby.

There was a report last night that Winston was bracing for a suspension. It appears that it will indeed happen, per Schefter. Winston can appeal, but the track record of success in that area is not good (see Elliott, Ezekiel).

If Winston is suspended, Ryan Fitzpatrick will take over as the starting QB.