Here Are 5 Players The Buccaneers Could Cut This Offseason 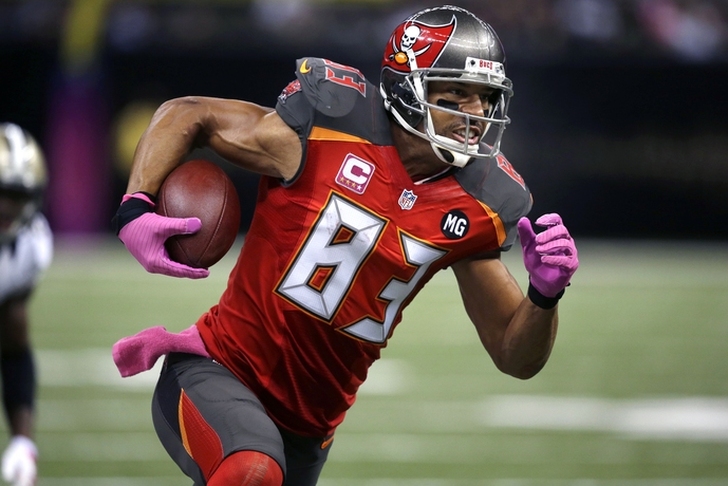 The Bucs have $46 million in cap space at the moment, so the team doesn't need to anyone. However, the Bucs have a few players whose contracts don't match their level of play, and they are prime candidates to be released. With that in mind, here are five players the Bucs could cut this offseason.

The Bucs could cut Jackson, because doing so would save the team nearly $10 million in cap space and he's battled injuries in recent years. But the team isn't hurting for space, and the drop-off after Jackson on the roster is steep. Jackson is thought of as a leader in the locker room and he'll likely stay in Tampa. Jackson is mentioned here because of his cap hit, but it seems unlikely the Bucs will cut him. When Austin Seferian-Jenkins was healthy, Myers was essentially the No. 4 TE on the team. The team will save $1.75 million by cutting Myers. He's just not worth keeping on the roster at that price. For more Bucs news, download the Chat Sports Android and iPhone app.

Carter started just three games for the Bucs, and played like he was a mediocre backup. While the team doesn't need cap space, it doesn't need to pay $4.5 million to a backup LB. He had just 47 tackles, the fewest since his rookie season. Expect Carter to be cut at some point this offseason.

Cherilus carries the same cap hit and savings that Carter does: $4.5 million. And although Cherilus was a starter last season, he wasn't a very good one. The Bucs badly need OT help, and Cherilus has proven he isn't the answer. The Bucs could cut Cherilus and use some of that money to sign a new tackle. Verner has played well in the past (mostly with the Titans), but he's coming off a rough season. He carries a $6.75 million cap hit next season, all of which can be saved if he's cut. Working in favor of Verner is that the Bucs are thin at CB and don't need to save money this offseason. Verner will likely remain with the Bucs, but he remains a possible cap cut.