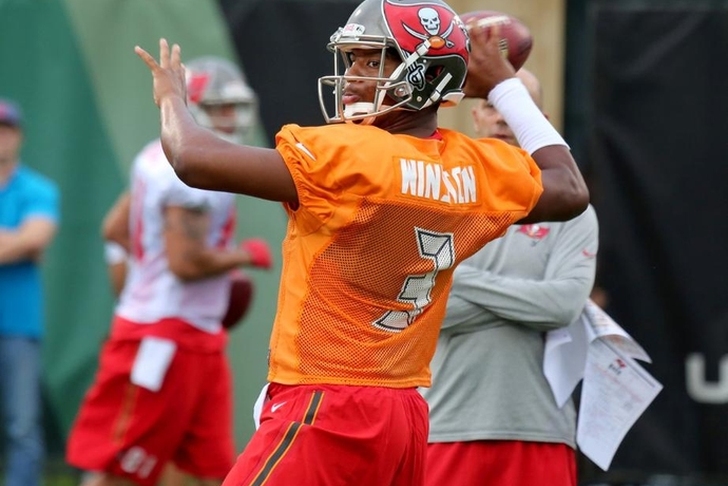 The Tampa Bay Buccaneers finished with the NFL's worst record in 2014, but they've spend all offseason working to have a drastic turnaround this year. Here are three things we've learned about them so far in training camp:

"He needs to go through all of this," head coach Lovie Smith said. "We're giving him different looks every day. We're asking him to do different plays every day. He's bouncing back. As a quarterback, that's life."

Winston has been able to shake off the interceptions and knows it's all part of the learning curve.

"It's just new," Winston said. "Coming out here, excited, you're going to make some mistakes. The thing is to bounce back and to keep moving forward. You don't think [about] the negatives. It's about getting better every day. The biggest adjustment is checking down. Sometimes you've got to nickel-and-dime down the field and make quick decisions."

Smith said Winston needs to continue to work on checking down, but still wants him to focus on getting the ball down the field.

"You want to always push the ball down the field," Smith said. "But if it's not open, there's a second read and possibly a third read to go to. Checkdown is normally a part of that. As we continue to go, that's what we want our quarterbacks to do every snap. If it's not there and you don't feel like you can get it in there, check it down. There's nothing wrong with getting positive yards."

Doug Martin is taking over as the No. 1 back

Despite his struggles over the past two seasons, Smith says that Martin is still the team's "lead back":

"Definitely a key for us. We talked about being able to establish the run. Doug will be the lead guy doing that, so it's very important that we open up some holes and let him do his thing. I don't know about 2012 and, last year, none of us performed the way we needed to. I just know Doug has been great through the offseason program. Seems like he is running hard out there right now. No complaints. Again, he, like the rest of us, plans on performing a lot better this year and he'll get an opportunity to."

Rookies expected to have impact

Let's be real -- this entire draft hinges on Jameis Winston living up to his billing as the best pro-style quarterback of the class. They made a few questionable picks, such as Donovan Smith in the second round (noticeable lack of effort at times), but the Bucs are expecting all of their rookies to play significant snaps, and they're all receiving a lot of time with the first team in camp. Also, keep an eye out for Utah WR Kaelin Clay as a potential late-round steal at wide receiver.