Bucs Trade Back Into Second Round To Take K Roberto Aguayo 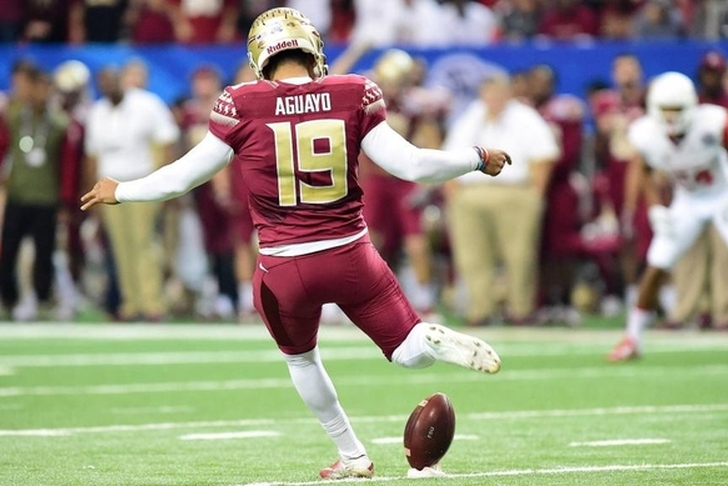 The Tampa Bay Buccaneers have traded a 3rd and 4th round pick to the Kansas City Chiefs to take kicker Roberto Aguayo. The Bucs used the No. 28 pick in the second round and the No. 59 overall pick to take Aguayo.

The Bucs needed a kicker, but it's the earliest a kicker has gone since Mike Nugent went No. 57 overall in 2000.

Aguayo is one of the best kickers in recent memory, but trading up to get him and giving up a 3rd and 4th is a lost. The Jets' pick of Nugent didn't exactly work out either.

Aguayo is accurate and has a strong leg, but the Bucs are getting ripped on Twitter by fans and draft experts alike for the pick.