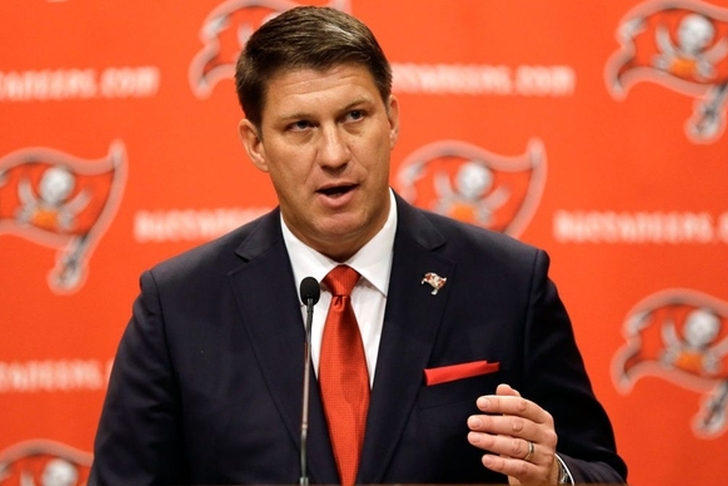 The Tampa Bay Bucs are hard at work looking for former head coach Lovie Smith's replacement, with several prime contenders out there to take over on the sidelines in Tampa. Here's a look at the latest rumors and news from around the team's search.

Bucs still in the Nick Saban hunt?
Fresh off his fifth national championship (one at LSU, four a Alabama), Nick Saban is expected to be contacted by the Tampa Bay Buccaneers about their head coaching vacancy, reports NFL Network's Ian Rapoport.

Saban's only head coaching stint in the NFL was with the Miam Dolphins from 2005-2006, posting a 15-17 record over his two seasons at the helm. This remains squarely in the realm of speculation both from a contact and interest standpoint, until proven true or false.

Jason Licht selling Bucs job with Jameis
Speaking with reporters on Wednesday, Bucs GM Jason Licht made his franchise's case when it comes to landing a top-tier head coaching candidate (like Nick Saban).

“A 22-year old quarterback, who I happen to believe is a franchise quarterback, that’s a very strong asset to have,” Licht said, via the Bucs' official site.. “That’s one that not many teams can say that they have.”