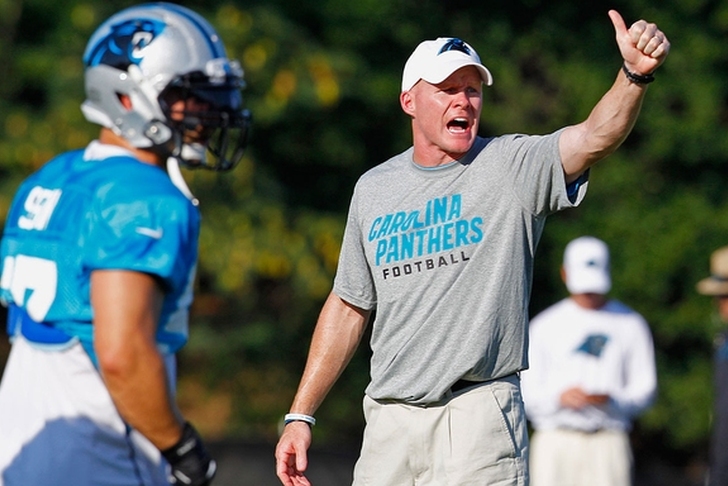 Bucs Confirm Two Interviews
The Tampa Bay Buccaneers are searching for a new head coach after their surprising move to fire head coach Lovie Smith. The team confirmed interviews this morning with Panthers defensive coordinator Sean McDermott and Cardinals offensive coordinator Harold Goodwin. McDermott has been linked to other jobs, but this is the first time Goodwin's name has popped up. Goodwin has been the offensive coordinator for Arizona since 2013. Interviewing him satisfies the NFL's Rooney Rule, requiring all teams to interview at least one minority candidate.

Bucs Swinging Big?
ESPN's Dan Le Batard reports the Bucs are going to "swing big" in their head coaching search and are targeting Chip Kelly and Jon Gruden. Kelly wants to remain in the NFL, while Gruden hasn't coached since 2008 - though his last job was with Tampa Bay.

Koetter only a backup option?
NFL Network's Ian Rapoport says current Bucs offensive coordinator Koetter is the top candidate to get the job and former Bucs GM Mark Dominik and Jason La Canfora think Koetter will get the job. Tampa Bay hasn't responded to other team's requests to interview Koetter, and many think they want to hang onto him because of his great relationship with quarterback Jameis Winston. However, Le Batard says that Koetter is Tampa's backup option if they're unable to get one of their top targets.