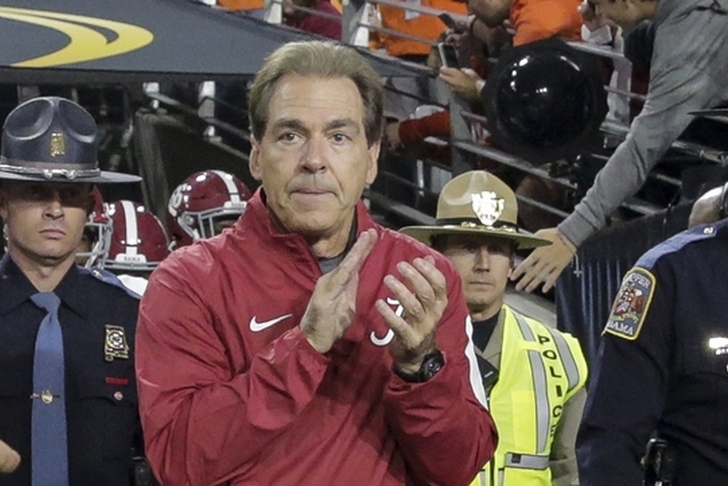 The NFL Playoffs are in full swing, but the focus for the Tampa Bay Buccaneers remains squarely on the search for former head coach Lovie Smith's replacement. Here's the latest and most interesting Bucs coaching rumor/news tidbits for Tuesday, January 12th.

Bucs to pursue Nick Saban?
Fresh off his fifth national championship (one at LSU, four a Alabama), Nick Saban is expected to be contacted by the Tampa Bay Buccaneers about their head coaching vacancy, reports NFL Network's Ian Rapoport.

Saban's only head coaching stint in the NFL was with the Miam Dolphins from 2005-2006, posting a 15-17 record over his two seasons at the helm.

Saban and Koetter the finalists?
Tampa Bay offensive coordinator Dirk Koetter is widely expected to land the head coaching job, but it's clear that the Bucs were waiting on someone that could take it away from him, as ESPN's Mark Dominik reported yesterday.

I still think Koetter is Bucs next HC, there's one name that could trump him for the job. Trouble is, his teams season isn't over...just yet

Many assumed he was referring to current NFL cooordinators with teams still in the playoffs, but with the news emerging of Tampa's interest in Saban, it's clear that's who they were waiting for. It appears that the job is actually Saban's if he wants it - if not, it will go to Koetter.