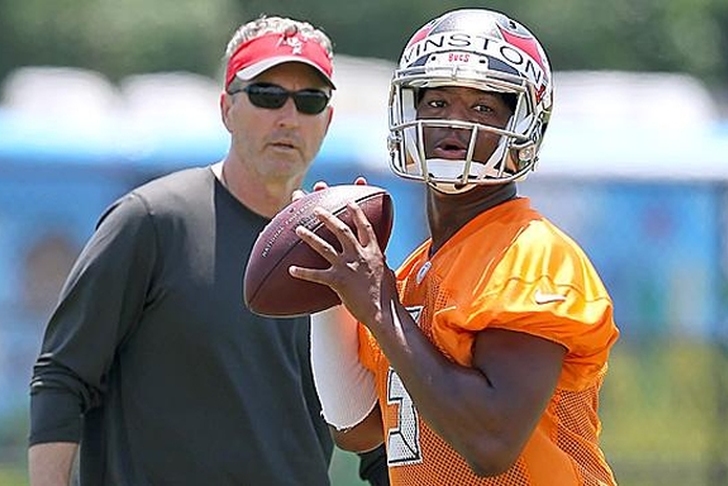 The NFL Playoffs are in full swing, but the focus for the Tampa Bay Buccaneers remains squarely on the search for former head coach Lovie Smith's replacement. Here's the latest and most interesting Bucs coaching rumor/news tidbits for Monday, January 11th.

Koetter to be Bucs head coach by Wednesday?
Tampa Bay offensive coordinator Dirk Koetter was the leading candidate to take over the Bucs job as soon as Smith was fired, and he's expected to get the job very, very soon. As ESPN's Mark Dominik told Zig Fracassi on Sirius XM NFL radio, Koetter should have the job by Wednesday:

Tampa still waiting on someone
However, Dominik also reported that there is only one name that could take the job away from Koetter, but stopped short of saying exactly who that was.

I still think Koetter is Bucs next HC, there's one name that could trump him for the job. Trouble is, his teams season isn't over...just yet