Buccaneers vs. Falcons: 3 Things We Learned About Each Team 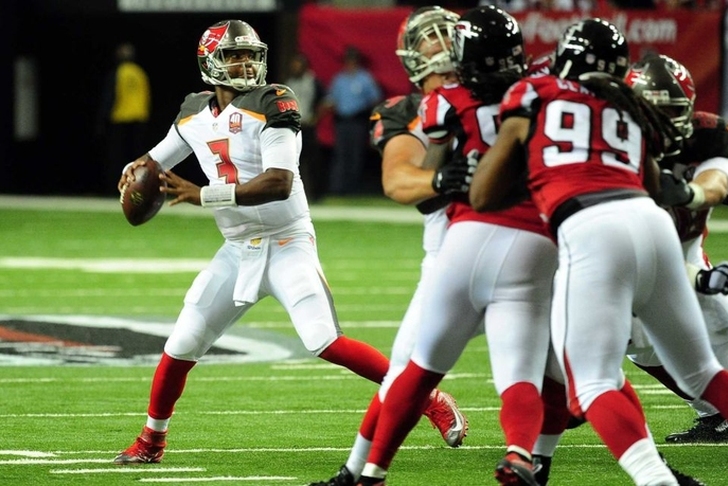 The Tampa Bay Buccaneers knocked off the Atlanta Falcons in overtime to move to 3-4 on the season, while the loss is just Atlanta's second of the season. Here are three things we learned from each team in the game:

This team has some fight. Watching how they rebounded from giving up a last-second touchdown to force overtime was the definition of a young team growing up. They drove down the field on the first drive of overtime, then the defense rebounded to stop the Falcons and preserve the win.

Jameis Winston is going to be really, really good. He showed flashes of brilliance again, passing for 177 yards and touchdown while adding another score on the ground in pulling off his first comeback victory of his career.

Penalties are still an issue. Tampa committed eight more in this one, adding to a total that's the highest in the league. A lot of it can be blamed on this being a young team, but they have got to become more disciplined if they're going to take the next step forward.

Atlanta can't come back to win every game. The Falcons pulled off fourth-quarter comebacks in each of their first five wins, but they simply can't continue to win playing like that. If you keep playing with fire, eventually you're going to get burned.

The Falcons simply have got to hang onto the ball. They squandered multiple scoring opportunities with three fumbles and one interception - and is the biggest reason they lost this game.

Julio Jones is the best receiver in the game. You can have your Dez Bryant or Calvin Johnson, we're taking the guy who comes up clutch every single game. On top of catching 12 passes for 162 yards, Jones, got open in the end zone with just seconds left to force the game into overtime - just the latest of several times he's scored a big fourth-quarter TD for the Falcons.