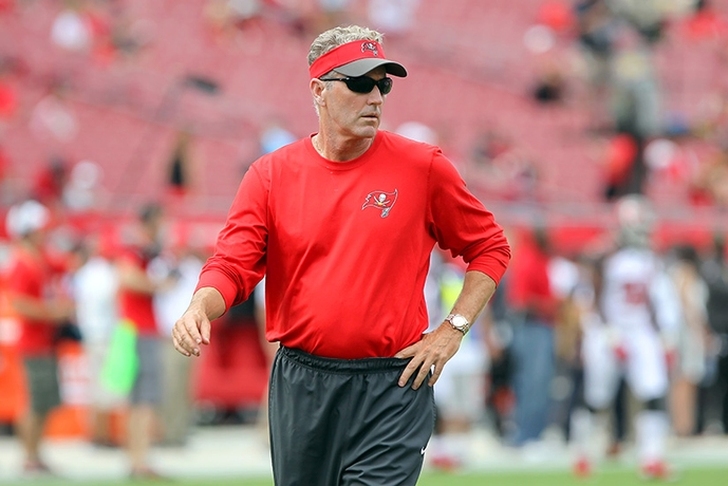 The Tampa Bay Buccaneers are hard at work looking for former head coach Lovie Smith's replacement, with several prime contenders out there to take over on the sidelines in Tampa. Here's a look at the latest rumors and news from around the team's search.

Koetter Working On Staff?
This came to light late last night, but the Dirk Koetter is reportedly working on setting up a coaching staff for the Bucs' job. The Pro Football Talk report, says Koetter is setting up a staff in case he gets the job. PFT reports the two sides haven't begun negotiating, but it appears that Koetter is indeed the front-runner for the job.

Other Candidates?
The Bucs have only been linked for interviews to two other candidates. They are Cardinals OC Harold Goodwin and Panthers DC Sean McDermott. The team could try to land a big name like Nick Saban, but that seems unlikely. For now, it appears the Koetter is the favorite.