Breaking Down Jameis Winston's Performance Against The Bengals 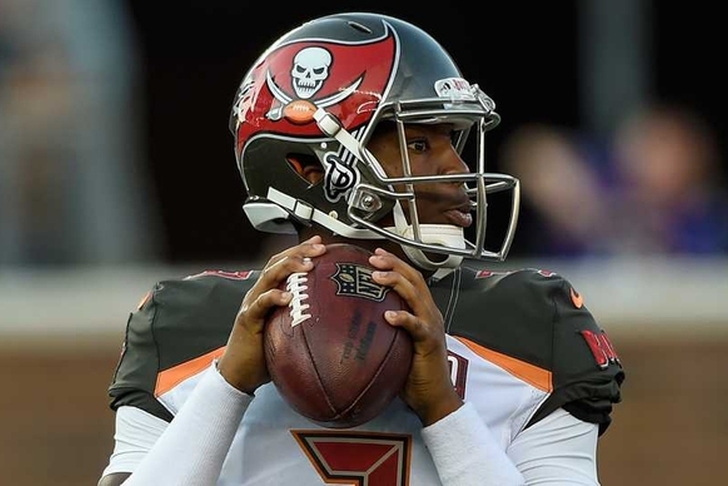 Jameis Winston struggled for much of his preseason debut with the Tampa Bay Buccaneers. He didn't look very sharp and didn't make the best decisions. However, his performance against the Cincinnati Bengals Monday night was much improved.

Winston once again showed he has great arm strength. He can make any throw and displayed that against the Bengals. He also threaded the needle in tight coverage several times. Winston was vocal at the line of scrimmage and appeared to have good command of the offense. When he was forced to go through his reads, he looked okay. He's still has room to improve there, but it was good enough for a rookie.

Winston's footwork needs some improvement. It's why he tripped on the goal line and had to improvise. It worked out, as he scored on the ground, but that's not what you want to see out of your rookie QB. The footwork issue is also why he stumbled dropping back, which led to a rolled ankle and a sack. The good news is Winston should be okay, but he was held out of the game after that series. He struggled at times against pressure, but that's common among almost every rookie QB. He'll get better with more reps.

Winston looked like the first overall pick last night. He showed his arm talent and his progression ability. He still has a lot of work to do, but he appears to be on the right track towards becoming a franchise QB.

Follow our Tampa Bay Buccaneers team page for all the latest Buccaneers news and rumors!