The Top 3 Draft Needs For The 2015 Tampa Bay Buccaneers 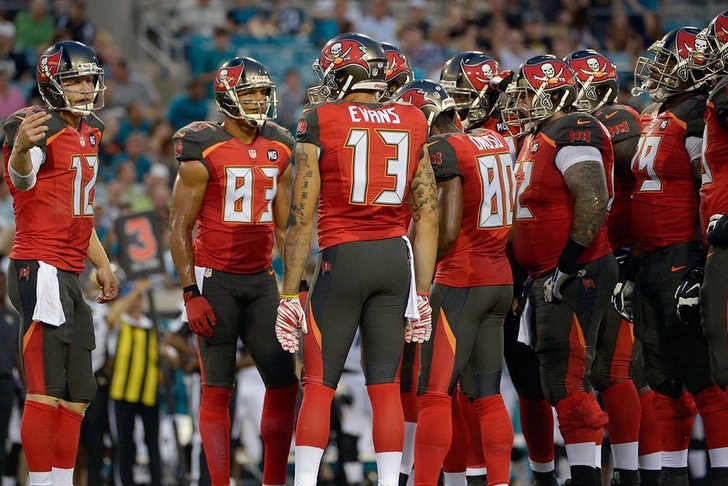 Tampa has more than a few needs heading into 2015 draft season...but the draft should give them a chance to address quite a few. Let's take a look at the three areas the Bucs need to look at first:

Major Wright is a free agent, and Dashon Goldson has been abysmal since signing his $41.25m deal in March 2013. The Bucs could look at a number of interesting prospects later on - Gerod Holliman out of Louisville should be available in the 3rd round, and Virginia's Anthony Harris and Stanford's Jordan Richards are worth a look as well.

Guard Patrick Omameh and tackle Oniel Cousins were absolutely brutal in 2014, and Tampa needs to upgrade their offensive line if they want to give their new quarterback (more on that soon) a chance to succeed. While they'll no doubt take a look at the free agents available, there are quite a few solid OL prospects in this draft Tampa should take a look at.

South Carolina OT Corey Robinson, Oregon OT Jake Fisher and Florida OT D.J. Humphries are all solid tackles available in the 2nd-3rd range, and Gamecocks OG A.J. Cann would be an excellent pickup if he's still on the board when Tampa's on the clock later on.

At this point, it's painfully clear that Josh McCown's ceiling as a quarterback isn't far above the backup role. Mike Glennon has had several chances to step up and take the job for himself, but hasn't managed to convince his coaches or Tampa's fans that he's the long-term answer. With the #1 overall pick in the draft, Tampa has the chance to land someone with a significantly higher ceiling than McCown or Glennon.

At the end of the day, Jameis Winston and Marcus Mariota are both excellent prospects, and we won't know for sure which is the better pick until we've seen them both playing on Sundays for a while. Both are instant upgrades at the quarterback position, though, and Tampa's front office won't pass up the chance to definitively address their long-standing quarterback issues.