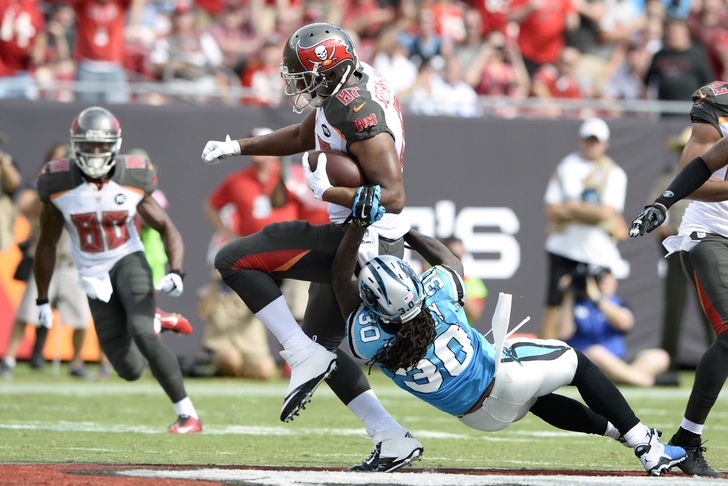 Tampa Bay Buccaneers rookie Austin Seferian-Jenkins said that he was unaware of the NFL's policy regarding using the ball as a prop during touchdown celebrations. With his wallet quite a bit lighter now, it appears that he may have learned a lesson in NFL economics.

Per Michael David Smith of NBC's Pro Football Talk, "the league office has confirmed that Seferian-Jenkins was fined $11,025 for “unsportsmanlike conduct/illegal demonstration” after he celebrated a touchdown by placing the ball on the ground, stepping on it and posing."

That's an extremely hefty fine considering that some players are fined close to half of that for hits that could have resulted in injuries for opposing players. Seferian-Jenkins, on the other hand, gets docked over $11,000 for going a little bit too far with his gamesmanship.

Regardless, the dynamic tight end did break a rule - and a costly one at that.