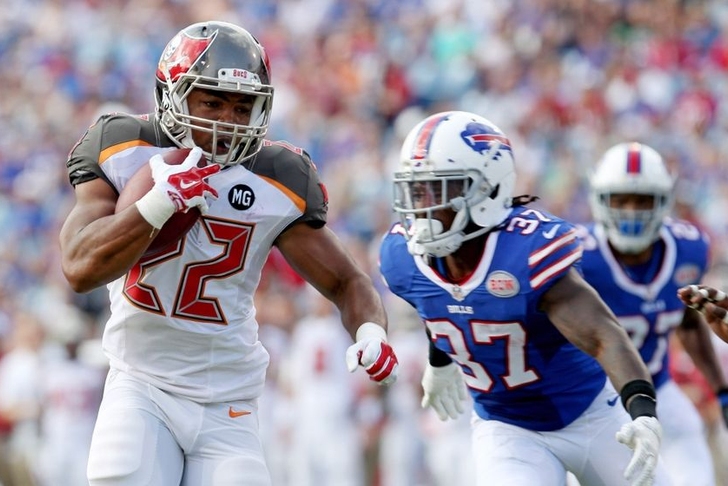 Tampa Bay running back Doug Martin might not be a Buccaneer after Tuesday's trade deadline.

ESPN's Adam Schefter is reporting that the Bucs have been fielding calls about the third-year back.

While WR Vincent Jackson’s name has been focus of trade speculation, the Buccaneer more likely to be dealt is RB Doug Martin. Teams calling.

There's speculation that the New England Patriots are one of the teams calling about the former Pro-Bowler to add some much needed depth to their backfield (starter Stevan Ridley is out for the year with a torn ACL).

Reports indicate that Tampa is looking for a mid-round pick in exchange for Martin.

The Boise State product rushed for nearly 1,500 yards in his rookie season, but has missed most of the past season and a half with injuries. Martin has 166 yards on 58 carries this season.