Bucs Rumors: Is Jameis Winston The Right Fit At Quarterback For Tampa Bay? 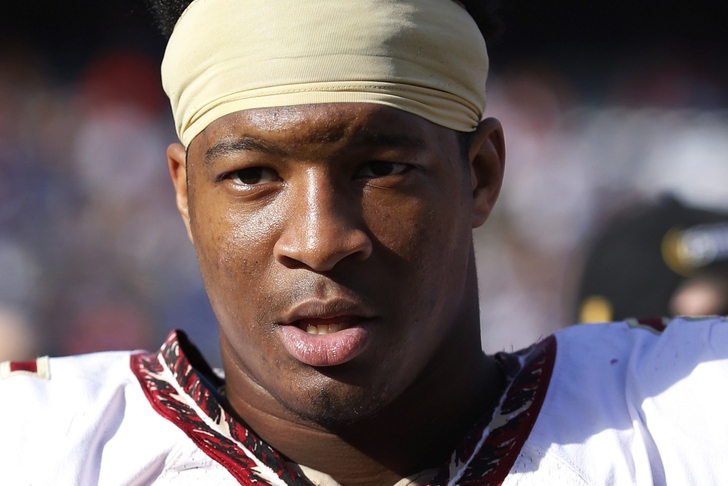 The Tampa Bay Bucs are reportedly leaning towards drafting 2013 Heisman Trophy winner Jameis Winston with the #1 pick, settling the Winston/Mariota debate with a rumored firm endorsement of Winston.

While new Tampa Bay Bucs offensive coordinator Dirk Koetter is publicly endorsing Winston over Mariota, he does have a particular wishlist for what he wants out of his next quarterback.

Via the Tampa Tribune:

“Second would be toughness, and I say that because when you play quarterback in the NFL, you’re going to have to demonstrate toughness on a daily basis and certainly every Sunday. But for me (the top thing) is intelligence.

“Arm strength, accuracy, mobility — those are all things that are important as well, but the ability to process information and make great decisions, that would be number one on my list.”

Winston fits into the mold that Koetter describes in pretty strong fashion, so there's not much here to suggest that rumors of the team's interest in him are misguided.