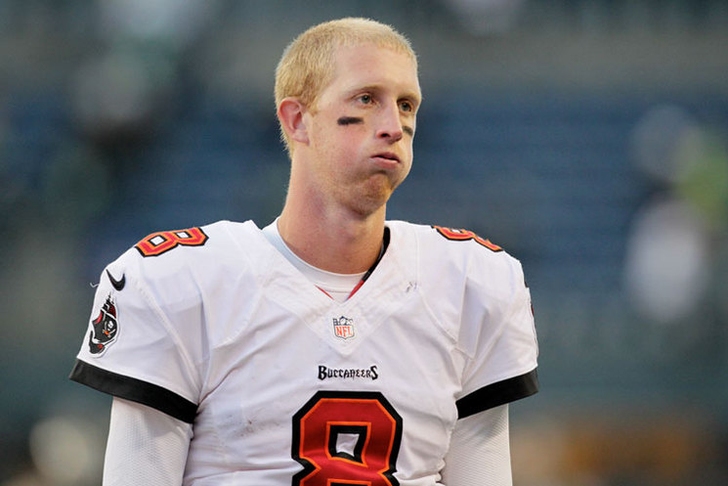 "Which quarterback will we start this week?" Smith said Wednesday. "There's a good chance it will be Mike Glennon.

"Josh is improving. I like to stay with my standard way of doing things and not talk about starting lineups for the opponent. But Mike took the reps today. How's that?'

Glennon took over from McCown after McCown exited last Thursday's game with a torn ligament in his right thumb. With the game already well out of reach, Glennon went 17/24 for 124 passing yards and a touchdown. After taking over from Josh Freeman last season, Glennon threw 19 touchdowns and nine interceptions, winning four games and losing nine.

The Buccaneers take on the 2-1 Steelers in Pittsburgh Sunday. After close losses to the Panthers and Rams in their first two games, Tampa Bay was blown out 56-14 by the Atlanta Falcons last Thursday.