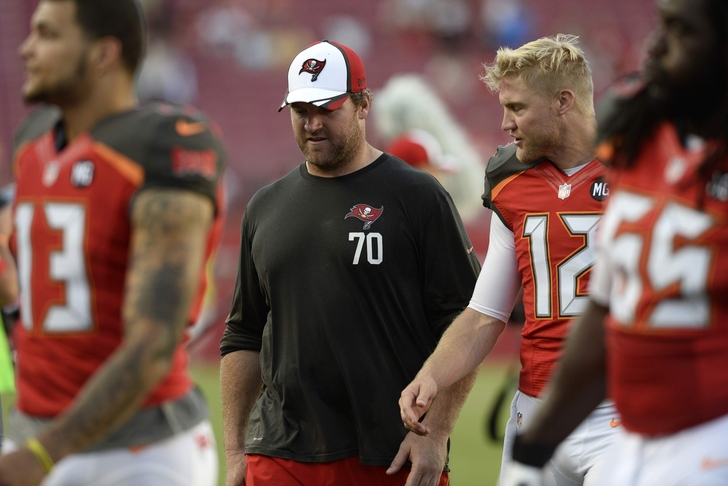 The Tampa Bay Buccaneers are 1-7 at the halfway point of the team's 2014 NFL season. Losses have piled up so far this year, causing both fans and players alike to grind their teeth.

After he was traded to Tampa from the New England Patriots - a team that he was a mainstay on for nine successful years - OL Logan Mankins isn't used to losing like this.

"It’s a grind right now," Mankins said. “We’re not where we want to be and the only way I know to get out of that is to keep working hard, keep fighting on Sunday. I was raised to where you always fight to get back up. That’s what I’m trying to do.’"

While Tampa has a core of young talent that could blossom at any moment, Mankins will have to be patient if he is to remain with the Bucs for the long haul. Even if this season doesn't end in success, Mankins has the pedigree to help instill a winning culture in Tampa for years to come.