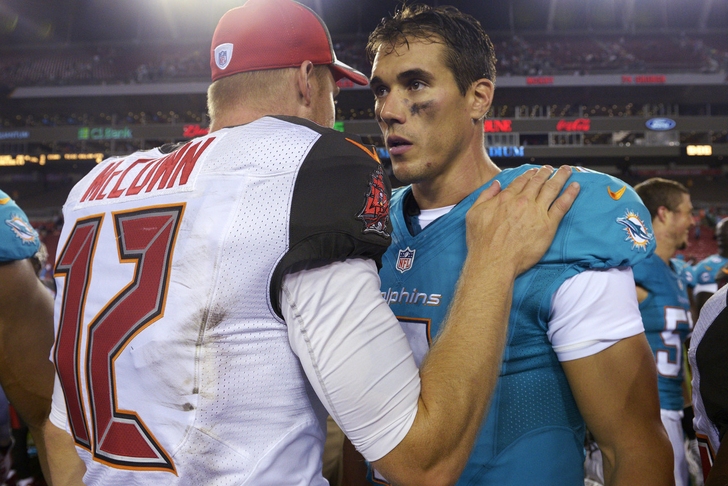 In this Bucs news and rumors update, Tampa Bay Buccaneers starting quarterback Josh McCown will likely be supplanted by backup Mike Glennon - at least for a few weeks.

Per NFL Network's Ian Rapoport, McCown is looking for a 2nd opinion on a right thumb injury that could have him out of action into October:

#Bucs QB Josh McCown is having 2nd opinion on his thumb, as @alexmarvez said. Fear is ligament damage, which would knock him out a few weeks

Regardless of his injury or the contract he signed with the team in the offseason, many Tampa Bay Buccaneers analysts and fans are calling for head coach Lovie Smith to pull the plug on McCown's starting duties for good - once again handing the reins to Glennon.

With flashbacks to the end of Greg Schiano's tenure in Florida starting to surface, it's very possible that Smith will repeat the past (Schiano dumped Josh Freeman in favor of Glennon last season) in order to salvage some hope for the near future.