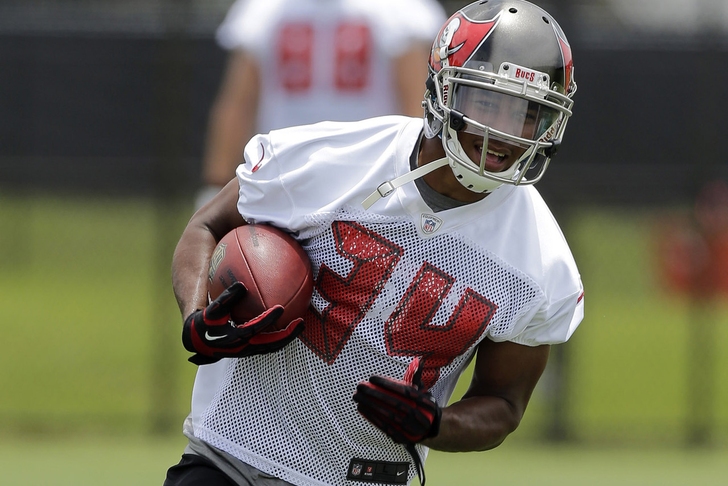 Can't get enough Bucs news and rumors? Be sure to download our 5-star iPhone app today.

The Tampa Bay Buccaneers could see their third-round pick from the 2014 NFL Draft in action against the Cleveland Browns on Sunday.

Per Mike Wilkening of NBC's Pro Football Talk, "Tampa Bay has removed rookie tailback Charles Sims from injured reserve/designated for recall and placed him on the roster, the club said Saturday."

Drafted out of West Virginia, Sims was inactive for the Bucs' first seven games following ankle surgery. With starter Doug Martin doubtful with his own ankle injury, Sims could be active for Sunday’s game at Cleveland in order to provide depth to starter Bobby Rainey.

The Tampa Bay Bucs expect big things out of Sims, but will likely easy him in carry-wise as they see both what he brings to the table and how his surgically-repaired ankle is responding.