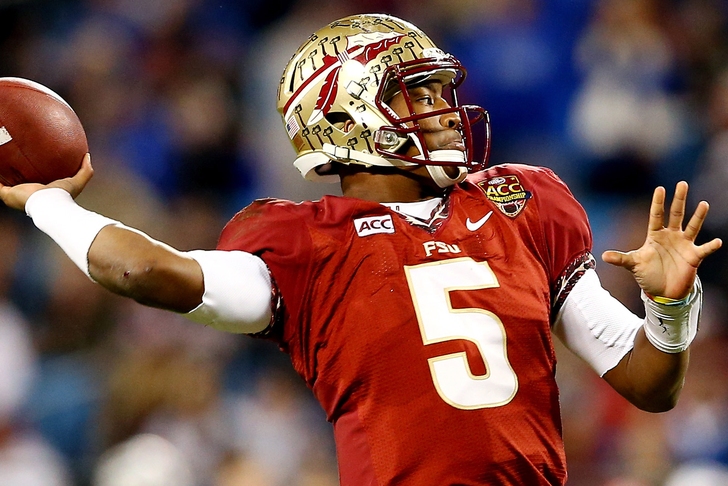 The Tampa Bay Buccaneers haven't been shy about their intentions to draft Florida State quarterback Jameis Winston with the top overall pick in the NFL draft, but they may be wavering on that decision, according to Bleacher Report.

It remains likely that Tampa Bay takes Winston first overall in the draft. But according to several team officials familiar with the Buccaneers' thinking, they aren't nearly as sold on Winston as they're saying publicly. Part owner Darcie Glazer Kassewitz—the daughter of late owner Malcolm Glazer—in particular is not sold and might never be.

Charles Robinson of Yahoo reported Kassewitz's concerns weeks ago. Those concerns have yet to be abated, a team source says.

One official from another team, who has been in contact with the Buccaneers about the possibility of trading picks, told me the Tampa Bay front office has gone from "gung-ho on Winston to we're going to hold our nose and take him."

Tampa Bay seemed to squash any concerns they had about Winston's numerous off-field issues, but they're all coming back to the forefront of public consciousness as the woman who accused Winston of sexual assault has filed a civil suit against him.

The Buccaneers have said the lawsuit will have no effect on their draft plans.