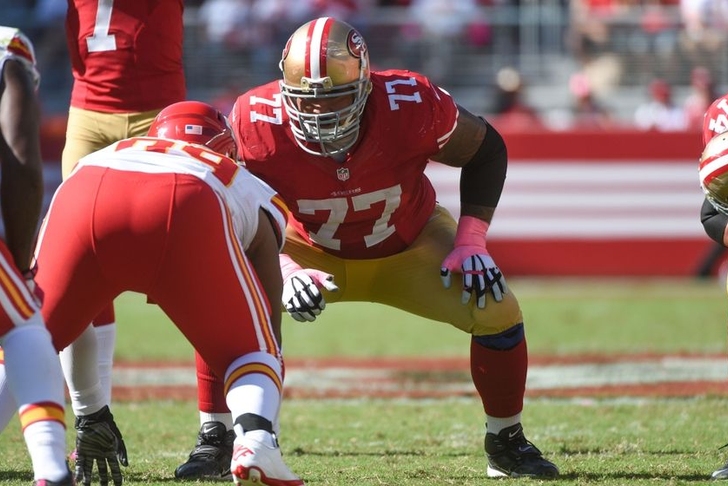 The Tampa Bay Buccaneers finished with the worst record in the NFL despite having playoff expectations, and they figure to draft a potential franchise quarterback (Jameis Winston or Marcus Mariota) with the first pick in the NFL Draft.

However, this team has a lot of holes to fill other than quarterback, and they'll look to free agency to fill them. Here are their top three free agent targets this offseason:

Tampa Bay desperately needs to upgrade their offensive line, and Iupati is the best on the market. Not only did they have the second-worst rushing attack in the league, they need a strong offensive line to help ease in whichever rookie QB they pick. Iupati would bring instant stability and leadership to a line in desperate need of an anchor. Johnson was effective rushing the passer from both the end and tackle position - a rarity for a lineman - as a backup in Minnesota, and is expected to sign somewhere else where he can start next season. Michael Johnson was a disappointment for the Bucs last season, and Tom Johnson provides them with a good replacement they can get without overpaying.

Tampa Bay would love to add a smaller, quicker receiver to put next to Mike Evans, especially with Vincent Jackson's status up in the air. If Jackson does go somewhere else in free agency, Royal is talented enough to play on the outside, but if Jackson stays, Royal is also versatile enough to play in the slot.