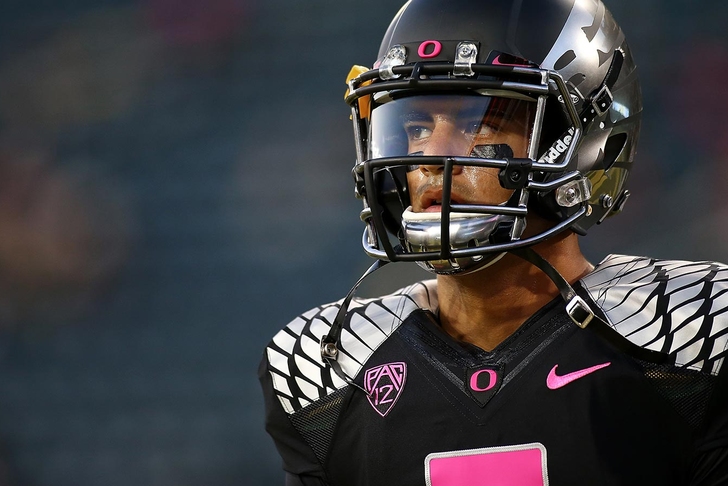 The Tampa Bay Buccaneers are in prime position to find their quarterback of the future in the 2015 NFL Draft, and it appears 2014 Heisman Trophy winner Marcus Mariota could be the man for the job in the eyes of the team's front office and head coach Lovie Smith.

Per Adam Schefter of ESPN.com, "there's a real sense that Tampa Bay has its sights set on Oregon quarterback Marcus Mariota. So for now, Mariota shapes up as the most likely No. 1 pick. But there are still three months of combine work, pro days, interviews and investigations to go."

With that in mind, expect the Bucs to continue doing their homework right up until they're on the clock come draft day in late April.