3 Things We Learned About The Tampa Bay Bucs This Offseason 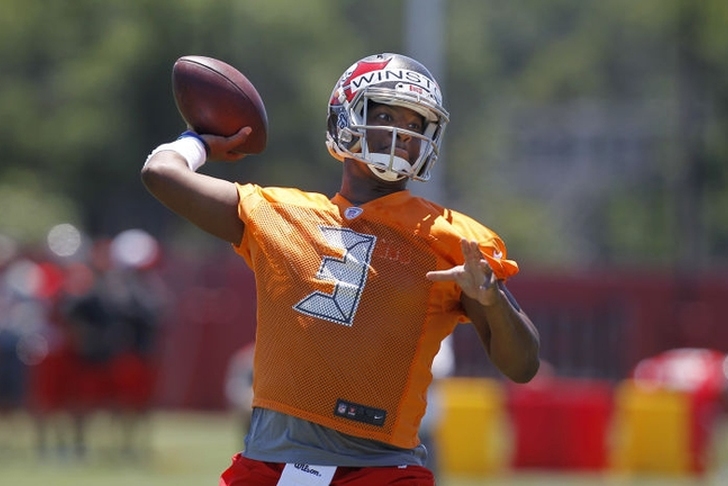 The Tampa Bay Buccaneers finished with the NFL's worst record in 2014, but they've spend all offseason working to have a drastic turnaround this year. Here are three things we learned about them this offseason:

3) Rookies expected to have impact

Let's be real -- this entire draft hinges on Jameis Winston living up to his billing as the best pro-style quarterback of the class. They made a few questionable picks, such as Donovan Smith in the second round (noticeable lack of effort at times), but the Bucs are expecting all of their rookies to play significant snaps. Also, keep an eye out for Utah WR Kaelin Clay as a potential late-round steal at wide receiver.

2) They're really counting on Jameis Winston...

The biggest reason behind Tampa Bay's 2-14 season in 2014 was their poor quarterback play, and they drafted Winston No. 1 overall to help take them to the next level. If he struggles, the Bucs will find themselves at the bottom of the league next season again. However, if he plays well, Tampa may actually be competitive in the NFC South. The Bucs are counting on the latter.

1) ...because they think the rest of the roster is in place

Tampa didn't bring in any impact free agents, signaling that they are comfortable with the rest of their roster. Mike Evans, Vincent Jackson, and Doug Martin headline their plethora of talented skill position players, while they're expecting big things from Gerald McCoy and the rest of the defense. They seem to be banking on the fact that quarterback is the only area they needed a real upgrade in - time will tell if they're right or not.