3 Reasons Why Tampa Bay Is GUARANTEED To Beat Houston 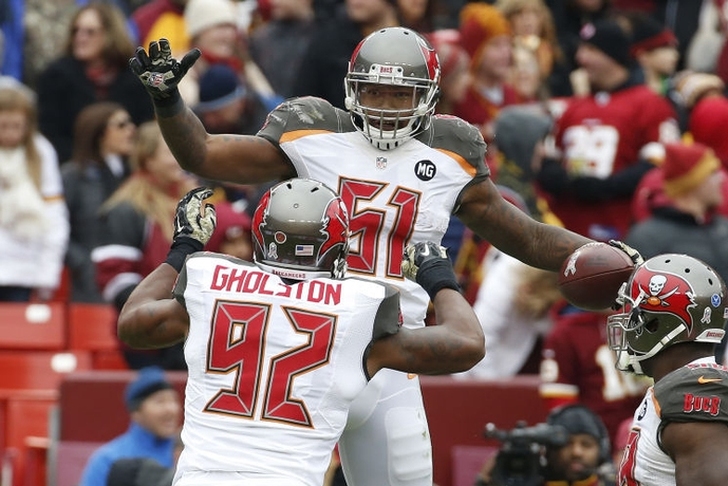 The Tampa Bay Buccaneers and Houston Texans battle this week in a matchup of struggling teams. The Texans are winless, while the Buccaneers' only win is over the New Orleans Saints. Tampa Bay has the advantage this week and here are three reasons why the Buccaneers are guaranteed to beat the Texans.

If Houston was healthy, this would be a different game. Instead, the Texans will be without Arian Foster and could be without WR DeAndre Hopkins because of a concussion. OT Duane Brown could be out as well. The Texans don't have the pieces to compensate for their injuries, especially on offense.

With Foster out, the Texans are relying on Chris Polk and Alfred Blue. That's a steep downgrade from the Bucs' tandem on Doug Martin and Charles Sims. Hopkins is a stud, but the Texans don't have much else without him. WR Mike Evans should be closer to 100 percent this week for the Buccaneers. Even without Austin Seferian-Jenkins, the Bucs will be better off than the Texans because of Vincent Jackson. The Texans' top weapons without Hopkins are veteran castoffs Nate Washington and Cecil Shorts.

Jameis Winston hasn't come close to his ceiling yet, but he's already a better QB than Ryan Mallett. Winston had a rough time in Week 1, but he bounced back last week. Mallett is completing less than 50 percent of his passes. Both QBs will have a tough time this week, as the Bucs and Texans have good defenses. This could be a low-scoring affair, but Winston will guide his team to a win this week.