3 Reasons Why The Bucs Won't Make The Playoffs This Season 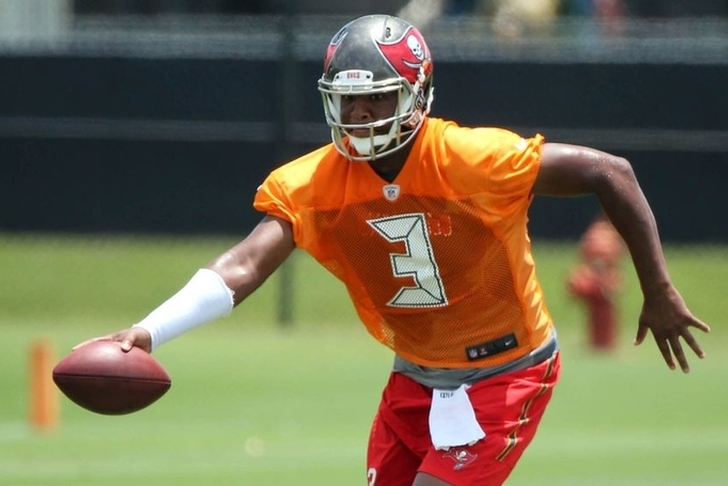 All 32 NFL teams head into training camp with playoff and Super Bowl aspirations on the mind. Only a select few will actually turn such aspirations into reality. The Bucs aren't one of them. Here's 3 Reasons Why The Tampa Bay Bucs Won't Make The Playoffs Next Season.

The Carolina Panthers have gone back to their ground-and-pound ways. The Atlanta Falcons remain the most offensively-talented team in the division and should see improvement on D under former Seattle Seahawks defensive coordinator and new head coach Dan Quinn. The New Orleans Saints can turn any game into a shootout like that. The NFC South was the laughing stock of the league in 2014, but there's signs a-plenty that the division is on the come-up -- something which could spell major trouble for a Bucs team in the middle of a rebuilding process.

Lovie Smith's Tampa 2 defense in an effective scheme in theory. It's an effective way to force opposing receivers off their initial routes, but it can spell death if the secondary makes a single mistake against intelligent receivers adept at making split-second adjustments. In short, Tampa may not have the personnel yet to run this base defense to maximum effectiveness. They're on the road there, but the project is still a year or two away.

The biggest factor behind Tampa Bay's 2-14 slog in 2014 was poor quarterback play. Enter Jameis Winston. Winston's training camp struggles aside, there's plenty of optimism surround the #1 pick in the 2015 NFL Draft. He was/is the most pro-ready QB of this year's draft crop, but that's not necessarily going to translate right away to an offense that remains somewhat mismatched despite some young and talented pieces. Expect him to have growing pains, at least early. He may catch fire down the stretch, but it'll be too late for the Bucs to make a serious push.